In the production process, I will teach you some tricks to prevent the wax deformation of precision casting model.

In investment casting, paste pattern material is more used in production, mainly because it has smaller shrinkage, faster agglutination and higher production rate than liquid pattern material. In the production process of die wax mold casting, the standard stability and deformation of mold wax greatly affect the quality of precision castings.

For deformable parts, effective methods such as putting restrictors in the wax mold to restrain deformation, sticking the runner after opening the runner root, and cooling in water after wax pressing are selected from the first process of wax injection to make the wax mold under an excellent quality condition. Many production practices have proved that these preventive measures are useful and necessary.

The structure on the right page of the precision casting is shown in Figure 1. It is necessary to ensure the excellent reversal of the door, so two Ф The 10.5mm hole is required to be coaxial. The customer requires full inspection with a special pin inspection tool, and one end of the special pin shall pass through the two holes freely and unobstructed. The original production process is: after wax pressing, put the wax mold into water to cool for 30min, take out the wax mold, and build a tree after repairing the wax mold. Casted

Two special pins for castings Ф The 10.5mm hole, because the two holes have different shafts, the pin shaft can not penetrate, so correction is required, and the deformation has no rules, which greatly increases the correction workload and severely delays the production development. 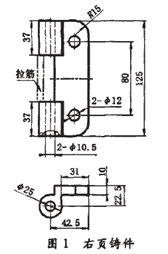 In view of this situation, the process has been improved. After accounting, 10 pieces have been made Ф After constraining the wax mold on the right page, place the 10.80-0.1mm pin on the Ф Insert wax molds into the 10.5mm hole, and then put them into water together, cool them for 30min, and take them out. Two methods are made for these wax molds: one is to build trees directly after repairing wax molds, and the other is to stick a tie bar on them, as shown in Figure 1. The casting was tested with pin shaft after production. Only one piece with two holes slightly skewed met the requirements. The right page of this piece of skewed casting can meet the requirements with a little correction. After classification, it is found that the first method without lacing has met the production requirements and can be put into mass production.

five × The four claws of the 5BT valve sleeve investment casting valve sleeve have strict requirements, and the outer circle of the claw requires processing. It is necessary to ensure that the processing amount is met, and the exposed black skin is not allowed. For this reason, there are changes in the standard of the special sample inspection claw on the wax pattern and castings (see Figure 2). 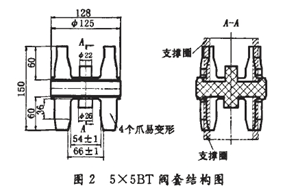 The original process is: after wax pressing, put it into water to cool for 40min, and then take out the wax mold. According to the inspection, the four claws on the wax mold are deformed inwards as a whole, and each claw is still swinging left and right, so the deformation is irregular. The wax shooter can only repair 7 wax molds that meet the sample within one hour. In order to deal with the deformation problem, the metal support ring was specially made after accounting, as shown in the double dotted line in Figure 2. After the valve sleeve wax mold was injected, the metal support ring was pierced in and put together in cold water to cool for 40 minutes before taking it out. Under selection

After the metal support ring and the wax mold is calibrated according to the process requirements, it is almost unnecessary to repair the wax mold, which greatly improves the work efficiency of wax mold repair. Now, the batch production has been carried out according to the improved process and achieved excellent results.

The structure of DNl50 flange plate is shown in Figure 3, with symmetrical structure and uniform wall thickness. If a runner is directly opened on it, the runner is thick and large 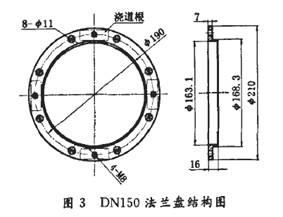 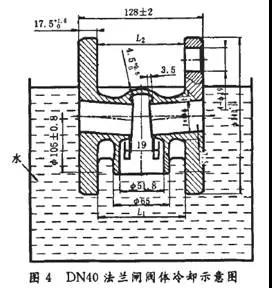 After analysis, except for the characteristics of the structure itself, the model wax floats in the water tank, and part of the wax mold is in the water and part is in the air. Because the cooling conditions of flanges above and below the water surface are different, the shortening of the attack is different, which makes the flanges deform greatly. To prevent this phenomenon, try to immerse the wax mold completely in water. Make all parts of the same wax mold have the same cooling conditions, and take them out after the standard is stable, which can greatly reduce the occurrence of such problems 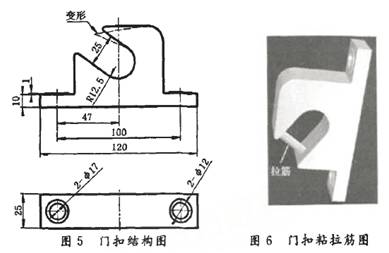 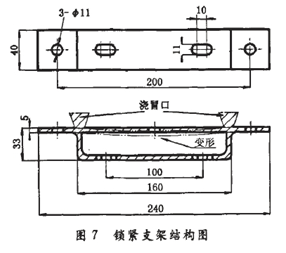