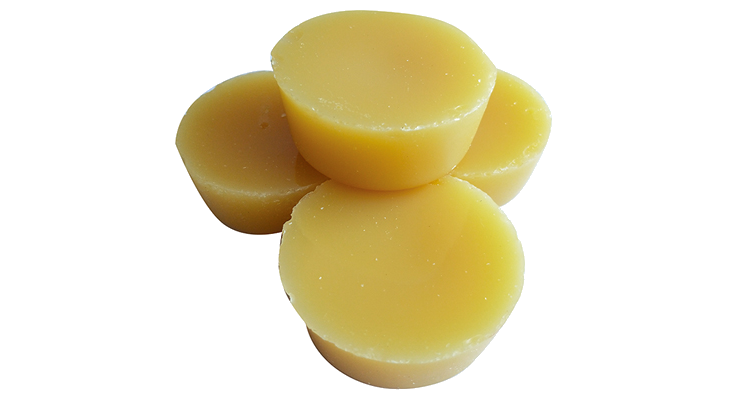 Compared with the traditional wax mold inner gate, the bonding wax is more efficient, firmer, more environmentally friendly and less crevices, which is conducive to improving the qualified rate of castings. The bonding wax has good compatibility, and it w

Compared with the traditional wax mold inner gate, the bonding wax is more efficient, firmer, more environmentally friendly and less crevices, which is conducive to improving the qualified rate of castings. The bonding wax has good compatibility, and it will not change the performance of the mold wax when used in combination with the mold wax, and it will not have any adverse effects on the next shell-making process.

The adhesive wax will come out during dewaxing and burn out during baking. The ash content of the adhesive wax is very low and does not exceed 0.01%. The adhesive wax is a kind of special wax developed specifically. When the coating with strong adhesive force is used, there will be no parts falling off, and there will be no gap at the joint, which can avoid the gap caused by the traditional tree-assembling method from falling off after dewaxing, resulting in inclusion defects in castings, and effectively improve the qualified rate.

It is used for the assembly of wax parts in precision casting and the welding of wax parts.

2. The strength is high, and there is no broken phenomenon in the process of setting up, repairing, cleaning and drying wax parts.

3. Good compatibility, and after mixing with wax materials such as model wax, it will not affect the performance and properties of wax materials.

4. The adhesive force is strong, and it can be directly used when the wax surface is attached with release agent.

Basic information of the enterprise Qingdao Xinnuoke was established in March, 2013. It is a high-tech enterprise mainly engaged in the production of precision casting materials. With the rapid development of China's aviation, aerospace, shipbuilding and military industries, the precision casting industry has increased by an average of 25% in recent ten years, especially in the military industry. Because of the blockade of foreign wax technology (more than 90% of China's high-end wax is represented by Taiwan Province), it has promoted the necessity of the development of precision casting wax technology. Qingdao Xinnuoke consumes a lot of foreign exchange to solve the current situation that China's high-end precision casting wax depends on imports. As well as the problems of resource waste and environmental pollution caused by the fact that wax materials after investment can't be recycled in time, thus promoting the optimization and upgrading of China's precision casting industrial structure. Through in-depth research on domestic and foreign precision casting wax technology, a medium-temperature wax with advanced formula, which is equivalent to that of British high-end wax production technology, has been developed, filling the blank of China's precision casting medium-temperature wax production technology. The company's products mainly include filled wax and unfilled medium-temperature model wax, silica sol, zirconium sand powder, etc. According to the demand of domestic and international markets, we continuously improve the performance of investment casting materials, and constantly develop and innovate.